Home / Books / Snared: Escape to the Above 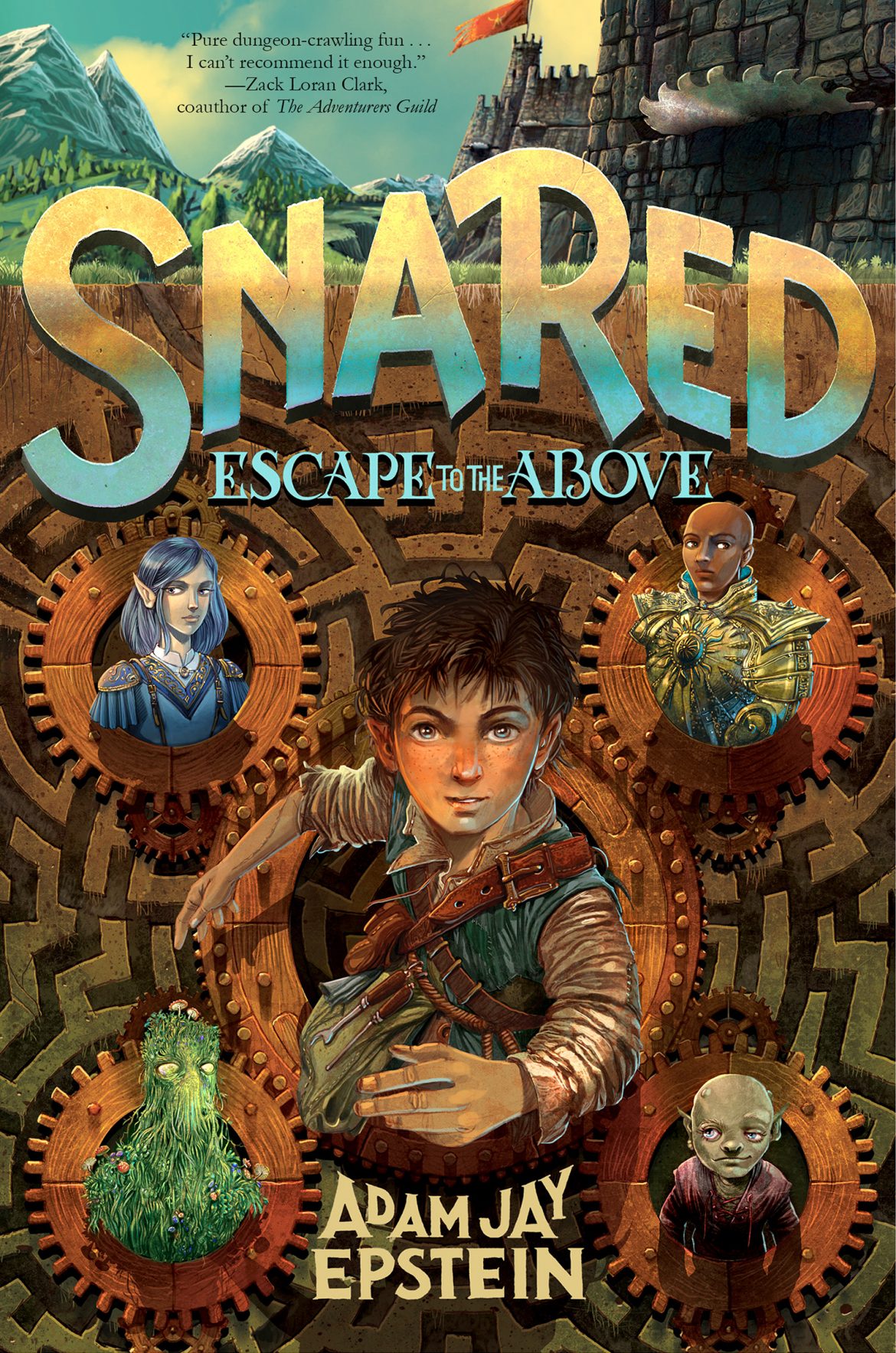 He has never seen the sun, or blue sky, or even his parents. Wily Snare lives underground, creating traps to keep treasure-seekers away from the gold in an ancient wizard’s dungeon. He spends his days mopping up giant slug slime, avoiding poison darts, and herding undead skeletons. It’s all he knows.

Until an unusual band of adventurers―an acrobatic elf, a warrior with a magic arm, and a giant made of moss―successfully defeat Wily’s traps. And they want the ultimate treasure: Wily himself. His skills can help them invade every other dungeon in the kingdom. He might even aid their fight against the Infernal King, whose gearfolk and prisonauts terrorize the land.

But for a boy who has never been outside, dungeons aren’t nearly as scary as the world above. Or an evil king who builds the trickiest traps of all . . .

Snared: Escape to the Above is the first book in a new fantasy adventure series from bestselling author Adam Jay Epstein.

“Fabulous characters and a unique mythology combine to create something really wonderful. Snared will ensnare you.” ―Michael Scott, New York Times bestselling author of the The Secrets of the Immortal Nicholas Flamel series.

“An imaginative blast of dungeon-crawling adventure with hilarious monsters and dastardly traps. Zany, heartfelt fun for everyone.” ―Lou Anders, author of the Thrones and Bones series

“Snared is chock-full of quirky characters, fantastic world building, and wild, hilarious adventure with every turn of the page. I loved it and kids will love it too!”―Liesl Shurtliff, New York Times bestselling author of Rump

“Pure dungeon-crawling fun. Witty and page-turning, I never knew what cheerful mayhem was waiting just around the bend. I can’t recommend it enough.” ―Zack Loran Clark, coauthor of The Adventurers Guild

“A thrilling fantasy adventure full of humor and heart. Adam Jay Epstein has created a fun, magical world readers will want to stay lost in.” ―Jeff Garvin, author of Symptoms of Being Human

“Intruders in the dungeon! A lighthearted fantasy with a strong start.” ―Kirkus