Home / Books / Have You Seen Gordon? 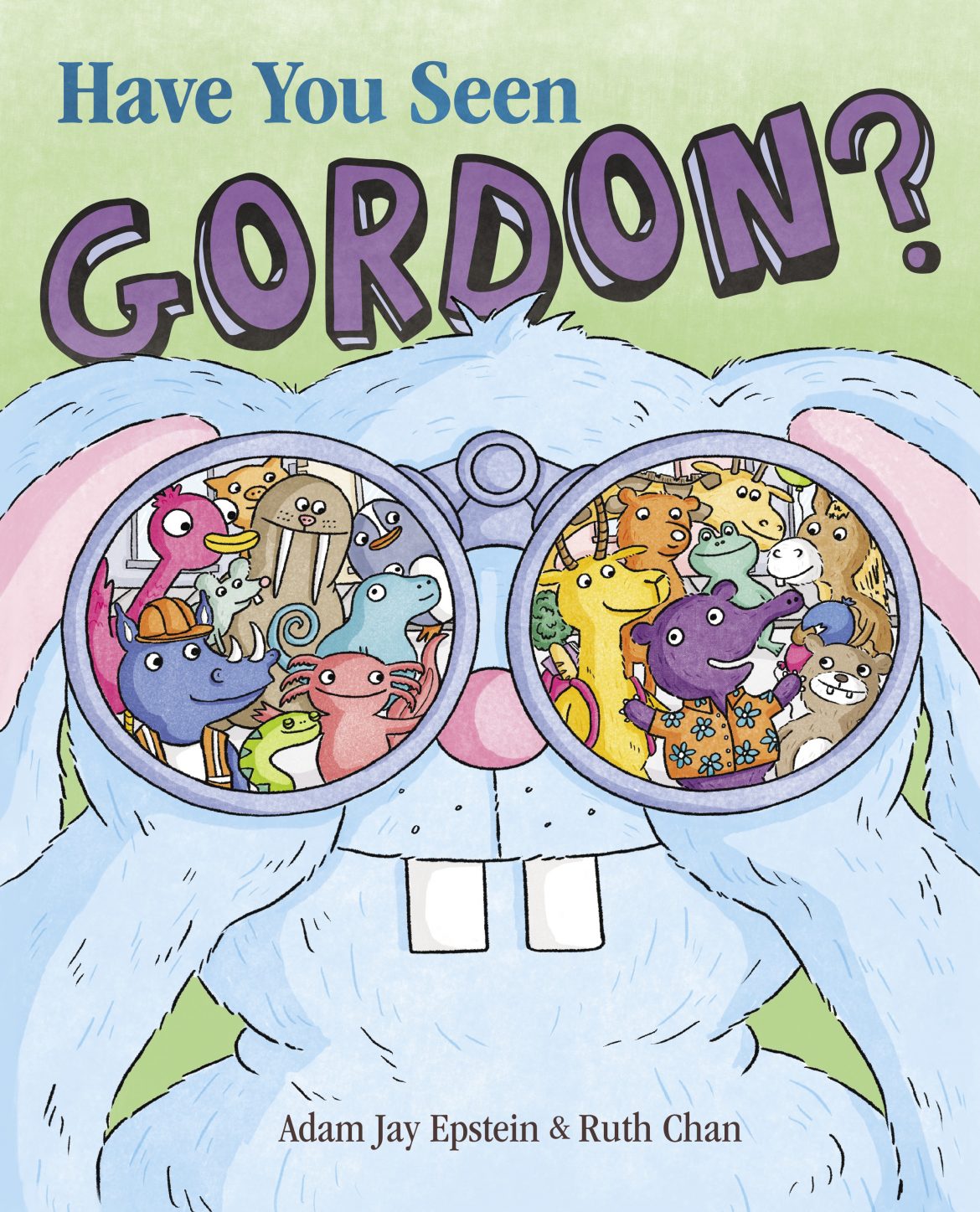 Packed with vibrant and dizzying artwork, this hilarious story cleverly riffs on classic seek-and-find books and will have young ones laughing out loud as the narrator struggles to get the characters to play along.

Have you seen Gordon? Oh. There he is. Gordon isn’t very good at hiding, is he?

The narrator wants to play hide and seek with Gordon and the reader, but Gordon just wants to stand out. This madcap, fourth wall–breaking picture book is packed with humor and full, zany spreads with details kids will return to again and again.

A seek-and-find story with twists to spare.

Let’s get this out of the way up front: Gordon, the purported star of this most unusual adventure, makes it plain early on that this being-found stuff isn’t for him, thanks very much, though at first, he’s pretty good at it. It’s not that Gordon, a purple tapir with a white stripe across his abdomen, wishes to hide. His seemingly uncooperative attitude, explained in a funny exchange with the book’s chatty, unseen narrator, actually stems from his desire to “stand out.” The narrator agrees to select another candidate (and to “change the title of the book”). Mind you, there’s quite a crowded cast of colorful characters to choose from on the minutely detailed spreads. So next up is a blue construction-worker rhino in a hard hat who shyly eludes the “honor” and eventually does a literal runner—but not before she proudly announces her name: Jane. Gordon, enjoying himself among his many pals in various settings, is eventually enlisted to help find her and comes up with a superb, emotionally empowering idea—one that turns out to be both a truly splendid seek-and-find exercise for readers and a satisfyingly lovely conclusion. Riotously written and wittily illustrated with plenty of details for kids to savor, this charmer will keep readers laughing and looking.

Seek no more for words to describe this winner: a standout!

It opens like any seek-and-find-book: as elaborately detailed, laugh-out-loud spreads by Chan (The Alpactory) show anthropomorphized animals of a variety of species enjoying the beach, the city, and so on, Epstein’s (the Snared series) chirpy narrator insists that readers spot an eager-eyed purple tapir named Gordon. But Gordon quickly grows disenchanted with the Where’s Waldo–style premise—he foils the search by donning an easily spotted orange shirt and propeller hat, then announces from a parade float that he’s done altogether: “I’m proud of who I am. From now on, I want to stand out.” The narrator also rankles the next protagonist pick, a shy blue rhino called Jane who flees each spread. As the omniscient voice blows through personal boundaries, Gordon steps up and firmly speaks truth to narrator power: “Instead of you picking who to find, maybe you should ask who wants to be found.” It’s a culturally relevant meta-spoof that raises big questions about authority and autonomy, allyship and consent. (Plenty of animals do want to be found—if asked first.) It also succeeds wholly in the seek-and-find genre; while readers catch their breath from the high-energy character wrangling, they can pore over a wonderfully wide-ranging supply of visual jokes (e.g. poop as fine art) en route to the book’s sweetly affirming end. Ages 4–8.